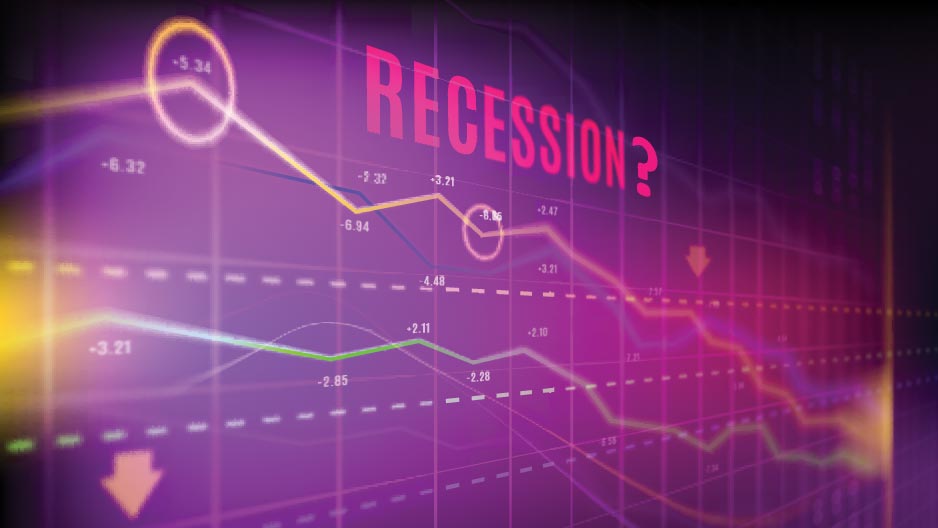 Are We in a Recession? Should We Care?

According to the dictionary, the U.S. went into a technical recession two weeks ago when it was confirmed that the economy shrunk for the second quarter in a row. How did markets respond to the news? Both stocks and bonds rallied. In fact, July was the best month for the stock market since April 2020. The S&P 500 jumped 9.2%, small stocks returned 10.4%, and the whole global stock market rose 7.0%. Even bonds gained ground, rising 2.4% for the month. This begs two questions: Is the U.S. truly in a recession? And should we care?

Are We in a Recession?

The best answer to this question is…maybe. That is to say; there is no clear consensus among the experts. Some think that despite the two-quarter drop in GDP, a recession, while on the horizon, is not yet upon us. Others believe that based on certain measures, we are already there. The trouble is that we won’t officially know for sure until many months after the fact, at which point, the economy will likely already be in recovery. The task of “officially” calling a recession falls to a group of eight economists at the National Bureau of Economic Research (NBER), who meet in secret and pore over a whole list of economic indicators to determine whether the U.S. economy contracted. And even with reams of data at their disposal, the NBER’s conclusion is based on as much art as science.

In looking at some of the measures the NBER uses, one might argue we’re not yet in recession. Unemployment remains very low at 3.5%, and non-farm payrolls grew by an average of 375,000 a month in the second quarter and by 578,000 in July. Retail sales continue to climb. Household finances are quite healthy. And of the S&P 500 companies that already reported second-quarter earnings, more than two-thirds beat expectations.

However, there are clearly cracks in the foundation. One is consumer sentiment, which reached its lowest point in 50 years. And some large retailers like Wal-Mart have repeatedly warned about lower profits in the months to come. Much like with inflation, a recession can often be a self-fulfilling prophecy. If consumers think the economy soon will or has already slowed down, they may choose to reduce spending or postpone consumption completely. If enough people do that, you get a recession.

A true recession can be painful because of the economic and financial harm it inflicts. So, of course, we should care if we are in one. But should the onset of a recession or its imminency cause us to change our investing behavior? The answer is no. For much of 2022, the market has priced in a high probability of a recession. But as famed economist Paul Samuelson quipped many years ago, “the stock market has predicted nine of the last five recessions.” So, just because the market prices in a recession doesn’t mean it happens or, if it does, that it will be as long or deep as predicted. All one has to do is observe July’s market performance to see how the economy and the financial markets often follow different paths.

Why the recent rally? Perhaps the economic slowdown won’t be as bad as anticipated. Or perhaps the contraction in GDP is a sign that the Federal Reserve’s aggressive rate hikes are working to stymie economic activity, leading to a subsequent drop in inflation. It may be that stocks and bonds have become relatively cheap. Whatever the reason, the rally is a reminder that it is always darkest before dawn. As previously mentioned, consumer sentiment recently reached its lowest level in decades. As the chart below illustrates, when consumer confidence hits relative lows, the market averages a nearly 25% return over the next twelve months, which goes to show that the general feeling of malaise presents a buying opportunity.

Consumer Confidence and the Stock Market 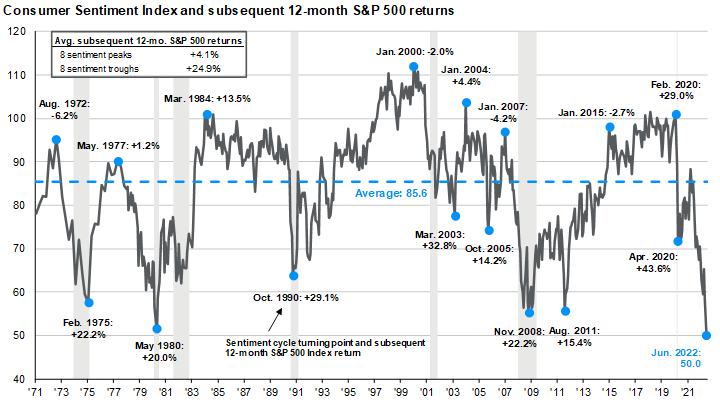 Source: FactSet, Standard & Poor’s, University of Michigan, J.P. Morgan Asset Management.  Peak is defined as the highest index value before a series of lower lows, while a trough is defined as the lowest index value before a series of higher highs. Subsequent 12-month S&P 500 returns are price returns only, which excludes dividends. Past performance is not a reliable indicator of current and future results.  Guide to the Markets – U.S. Data are as of July 12, 2022.

Furthermore, when looking at past recessions going back to World War II, both stocks and bonds averaged positive returns during the recession. So, if we are in fact, already in a recession or soon headed there, there is a good chance markets will hold their own. 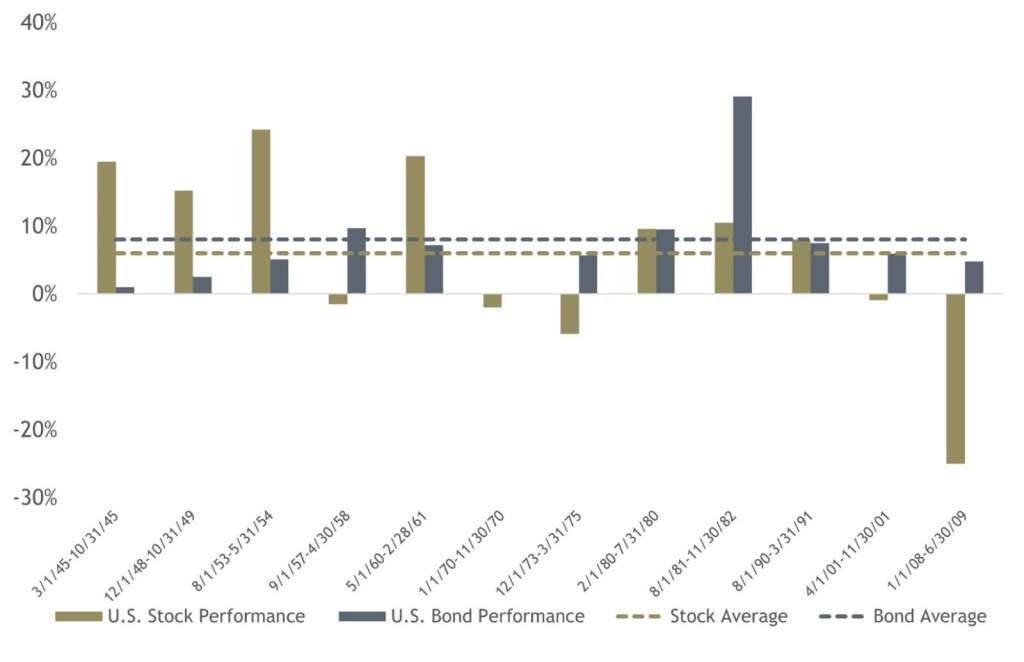 A Time to Invest and Stay Invested

Warren Buffet famously said to be “greedy when others are fearful.” And while it’s anyone’s guess how markets will finish the year, July’s performance is an example of why it is important to stay invested, and if one has money on the sidelines, to get invested. What we do know is that to build wealth, one must take a long-term approach. That means having an appropriate asset allocation that you can stick with through thick and thin, rebalancing as necessary, and taking advantage of dips in the market to tax loss harvest and to put new money to work. 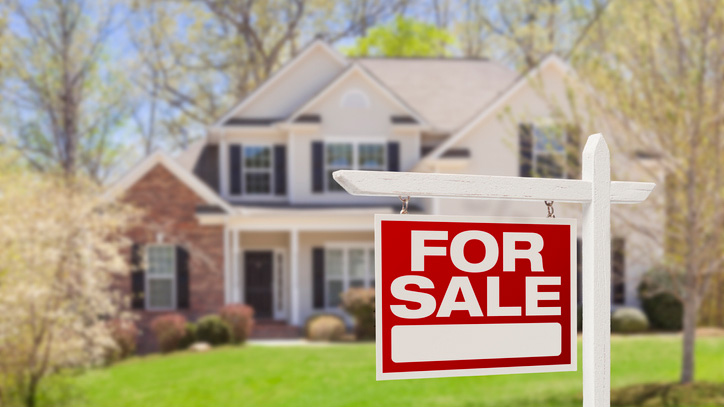 Are We on the Verge of a Housing Market Correction?

After two years of unprecedented growth in the housing market, we are beginning to see signs of cooling. Is this the beginning of a sharp correction? Recession talks are everywhere. The lost wealth effect from market turmoil, rising rates, inflation, and negative consumer sentiment are all bad signs, right? While it’s certainly possible, there is […] 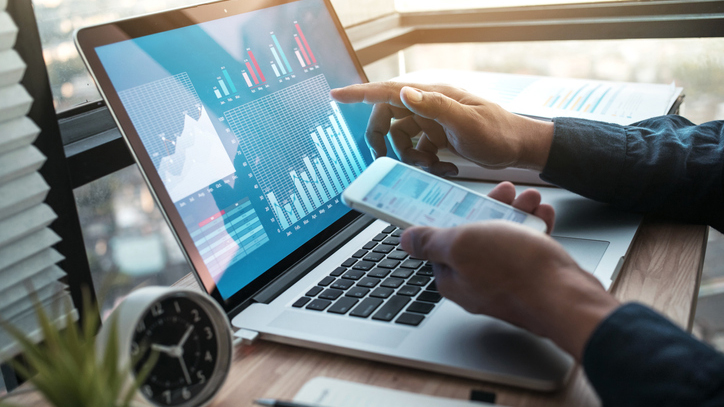 Does the term “budget” make your skin crawl? Or perhaps even worse—does it make you shut down? Having been a financial planner for a good part of my adult life, I’ve never really thought of the word “budget” as being a bad word. But in the context of comprehensive financial planning, it can actually derail […] 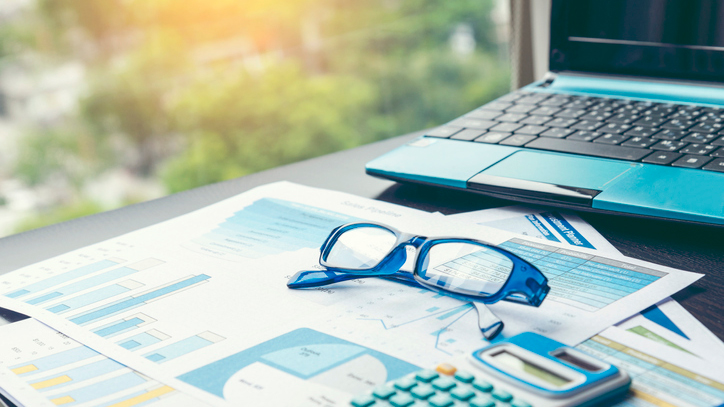 An Introduction to Phantom Stock and Stock Appreciation Rights

Providing equity is one of the best ways for companies to attract, retain and motivate top talent. Equity-based compensation can align the goals of key employees with the organization, ultimately increasing motivation, retention and results. However, it’s not always easy to give actual ownership, especially if the shares are illiquid, cash is tight, or existing […]