Let’s first start with what the yield curve is and what it means.  A yield curve is a graphical representation showing different interest rates on bonds with various maturities (most depicted on 2-year and 10-year Treasury securities). Normally, rates are lower for shorter-term bonds and higher for longer-term bonds, as one would expect given the traditional risk/return tradeoff of committing your dollars over longer periods of time. However, when the opposite occurs, and short-term rates exceed long-term rates, this means the yield curve is inverted.

The graph below shows an illustration of this concept.

A yield curve inversion frequently occurs during times the Fed, which controls the shortest end of the curve, is hiking interest rates.  We are seeing this today to curb higher inflation. Additionally, investors see farther ahead.  If the Fed keeps hiking and goes too far, this may later cause the Fed to have to cut rates in response to a recession or downturn in order to spur economic growth.

Going back in time, history would tell us there is some correlation between inverted yield curves and recessions – with one big caveat: it doesn’t happen right away, and there is a long lead time from when it happens and when a recession occurs. 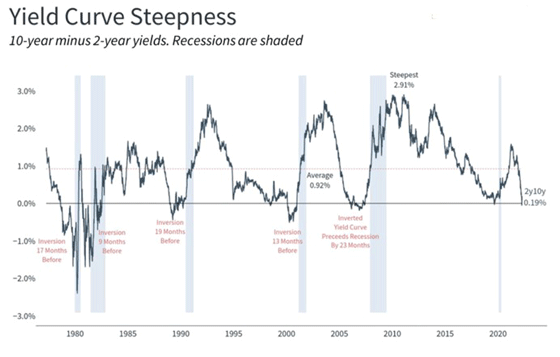 The chart above shows the spreads between the 10-year and 2-year yields over the past six recessions dating back to 1980. The recessions took place after the yield curve inverted anywhere between 9 and 23 months – and during most times, the markets performed well. One example is the 2008 recession.  The yield curve inverted in February of 2006. During that time between the start of the recession in October 2008, the S&P 500 posted a cumulative 25% plus gain. It can also be said during these long lapses; many other economic factors come into play which could be the true cause of a recession. Thus, it’s impossible to predict when a recession might happen based solely on the occurrence of an inverted yield curve.

What This Means to You?

While the yield curve briefly inverted over the first weekend of April, it does not necessarily mean a recession is right around the corner. Markets and the economy are driven by more than just the yield curve. The most important thing you can do as an investor is to stay disciplined throughout all phases of the market cycle and not be tempted to time regardless of the yield curve inversion. Doing so can hurt your portfolio returns and hinder financial goals. 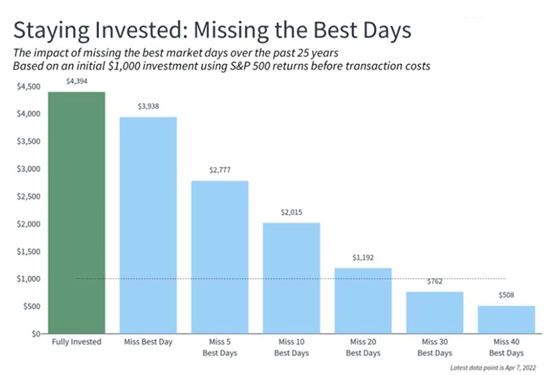 The chart above shows how costly it could be missing some of the best days in the stock market, and thus the importance of not market timing. Although an inverted yield curve may sound scary to some, it is another indicator to gauge current expectations and is part of the normal business cycle. As always, if you have any questions or concerns, please don’t hesitate to reach out to your wealth management team. 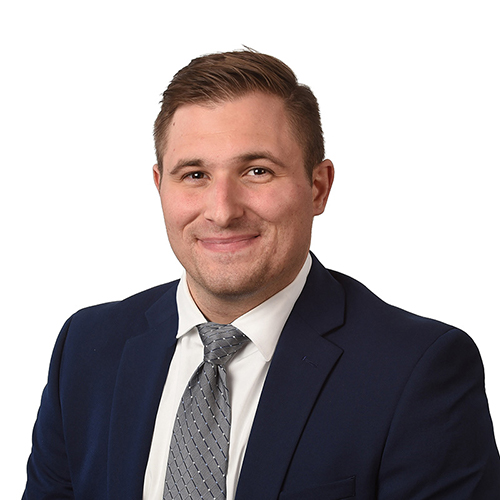 Brendan enjoys providing financial guidance and support so clients can focus on what is important to them in their everyday lives. He graduated from the University of Missouri where he earned a Bachelor of Science in Business Administration with a major in Finance and Banking. Brendan is a CERTIFIED FINANCIAL PLANNER™ professional and holds the series 7 and 63 licenses.

Anthony Dinverno, CFP® , and Neil Teubel, CFP®, wealth managers at BDF, have been named by Forbes as Next-Gen Best-In-State Wealth Advisors; a recognition given to those millennial advisors who are shaping the future of their industry. Anthony and Neil were named as Best-In-State Next-Gen Advisors by Forbes for the 3rd year in a row. 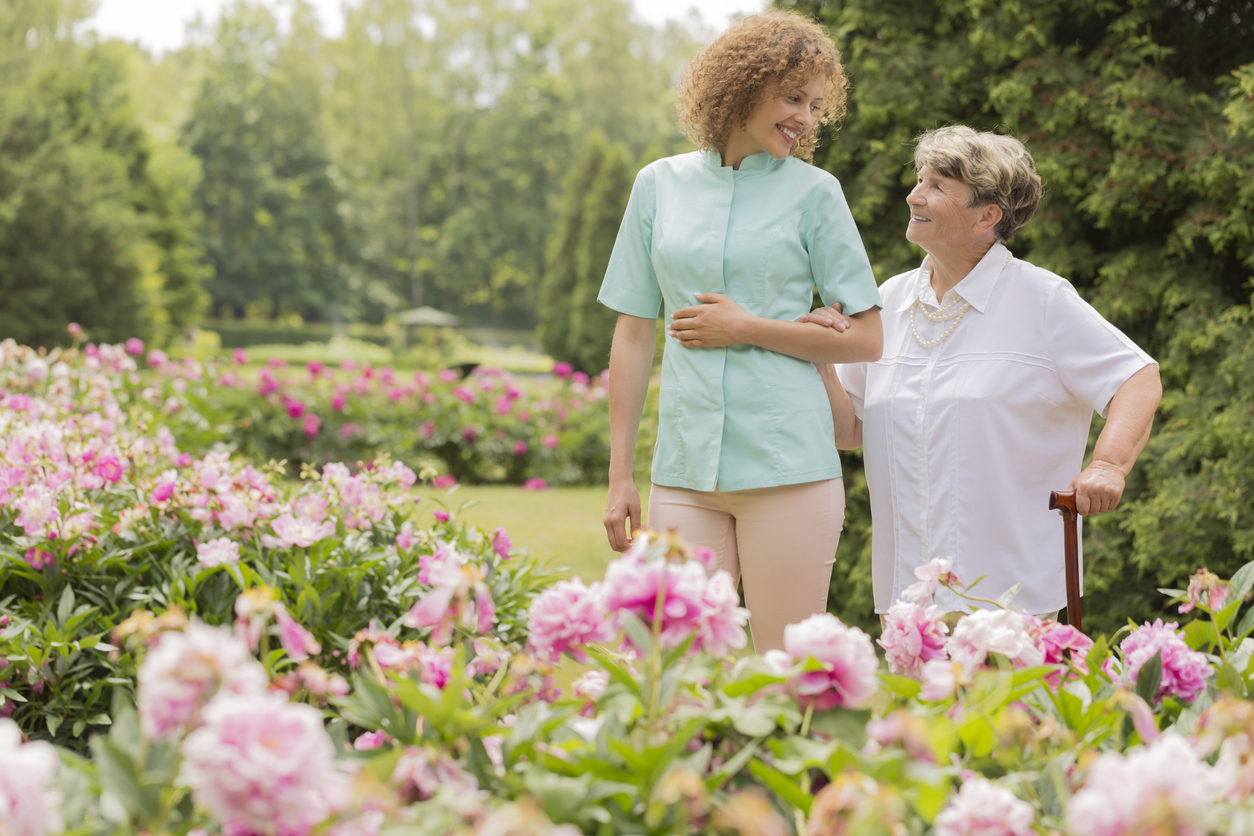 The AARP and AICPA recently conducted surveys to gauge retirees’ biggest concerns. Number one was running out of money which is not too big of a surprise. However, number two was health and long-term care planning – not losing a loved one, staying busy in their next phase, finding time to be with family and […] 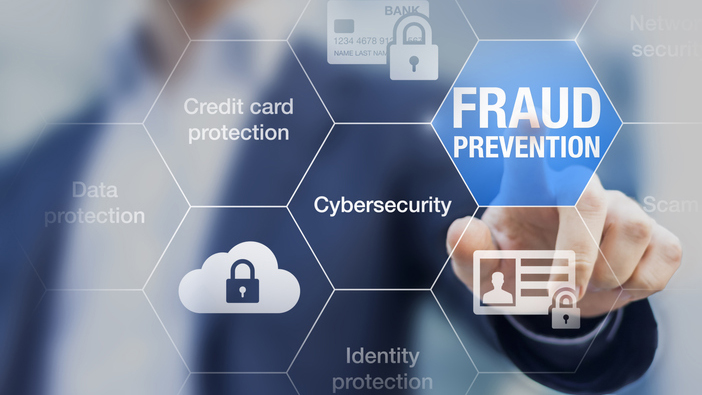 5 Steps to Fraud Prevention in an Increasingly Virtual World

Over the last 6 months, working from home, online shopping, and the necessity of virtual communication has expanded rapidly in the COVID environment. With that expansion has come an increased opportunity for cybercriminals to take advantage of a virtual world. The FBI cyber division has received between 3,000 and 4,000 cybersecurity complaints each day – […]